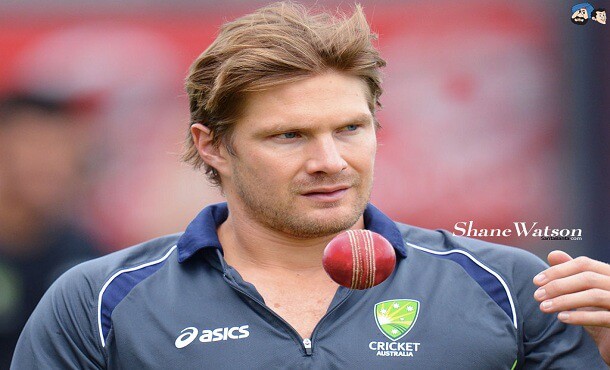 Shane Watson is an Australian International Cricketer. He was born on 17 June 1981 in Ipswich, Queensland, Australia. Shane Watson is a popular All-Rounder, who plays for Australia National Cricket Team. He mainly played as Right-handed batsman and Right-arm Fast-Medium Bowler. Watson was made his cricket international debut ODI Match Against South Africa on 24 March 2002. He also played in many domestic and international cricket match. In Indian Premier League 2018, Shane Watson will play for Chennai Super Kings Team Squad. He is a very talented and most popular cricketer in Australia.

Shane Watson Age 41 Years Old, He born in Ipswich, Queensland, Australia. His Father Name Bob Watson and Hi Mother named, Nicole Watson. Shane Watson is married to Lee Furlong. The couple blessed with one daughter, Matilda Victoria Watson and one son, William Watson. He is Christian by religion and horoscope/sun sign is Gemini.