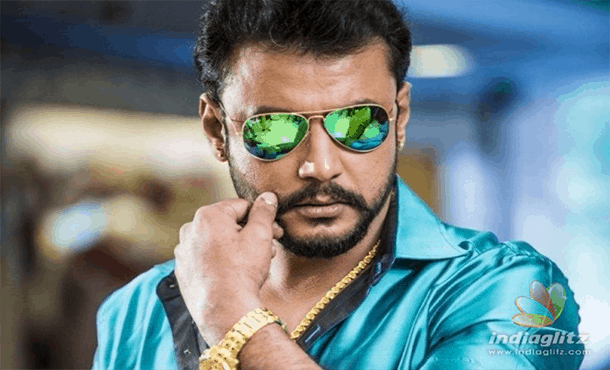 Darshan is an Indian Actor, Film Producer and Distributor. He was born on 16 February 1977 in Ponnampet, Kodagu, Karnataka, India. Darshan works in Kannada Film Industry and established himself as a leading & most popular Actor. He was made his on screen debut in Film Majestic in 2001. Darshan became popular for the commercial successful movies including Kariya (2003), Namma Preethiya Ramu (2003), Kalasipalya (2005), Gaja (2008), Saarathi (2011), Krantiveera Sangolli Rayanna (2012) and Bulbul (2013).

Darshan was born in Ponnampet, Kodagu, Karnatka, India on 16 February 1977. His Father Thoogudeepa Srinivas, Actor and His Mother Meena. He has a brother named Dinakar Thogudeepa, Film director, screenwriter & Producer and a sister named Divya. Darshan married to Vijaya Lakshmi in 2000. The couple blessed with a son named Vineesh. Darshan is Hindu by religion and His Nationality Indian & Star Sign Aquarius. Let’s Read Danny Denzongpa Biography.