Warning: Attempt to read property "display_name" on bool in /home/u967866572/domains/vefeed.com/public_html/wp-content/plugins/wordpress-seo-premium/frontend/schema/class-schema-person.php on line 152

Warning: Attempt to read property "user_email" on bool in /home/u967866572/domains/vefeed.com/public_html/wp-content/plugins/wordpress-seo-premium/frontend/schema/class-schema-person.php on line 230

Warning: Attempt to read property "display_name" on bool in /home/u967866572/domains/vefeed.com/public_html/wp-content/plugins/wordpress-seo-premium/frontend/schema/class-schema-person.php on line 236 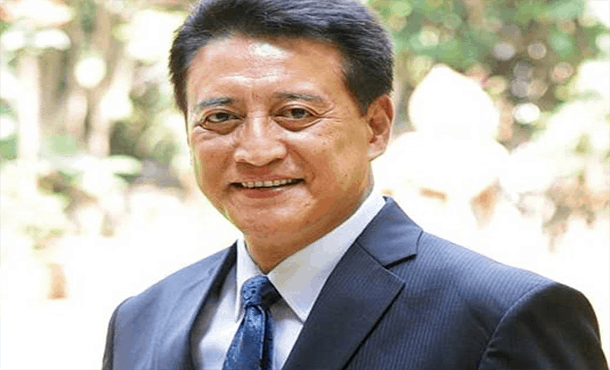 Danny Denzongpa is an Indian Actor, Singer and Businessman. He was born on 25 February 1948 in Gangtok, Kingdom of Sikkim. Danny Denzongpa works in Hindi, Telugu, Tamil movies and established himself as a leading & Most popular Actor. He was made his on screen debut in Film Zaroorat (1971) as Mohinder. Danny Denzongpa has worked many popular movies including Devta, Angeepath, Sanam Bewafa, Hum, Khuda Gawah, Krantiveer, Vijaypath, Barsaat and Ghatak etc. Danny Denzongpa has received many awards & Nominations. He is awarded with Padma Shri by the Government of India in 2003.

Danny Denzongpa was born in Gangtok, Sikkim on 25 February 1948. His Father Name Not Known and His Mother Name Not Known. Danny Denzongpa has completed Course in Acting from Film and Television Institute of India (FTII), Pune. He married to Gawa Dengongpa. The couple blessed with a son Rinzing Dengongpa and a daughter named Pema Denzongpa. He had affairs with Parveen Babi and Kim Yashpal. Danny Denzongpa is Buddhism by Religion and His Nationality Indian & Star Sign Pisces. Let’s Read Chunky Pandey  Biography.