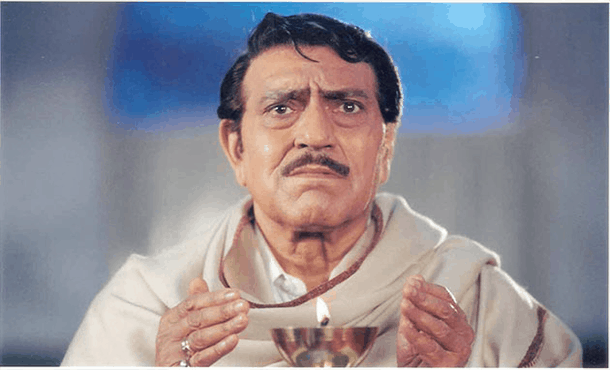 Amrish Puri was an Indian Film Actor. He was born on 22 June 1932 in Nawanshahr, Jalandhar, Punjab, British India and He died on 12 January 2005 Aged 72 Years in Mumbai, Maharashtra, India. Amrish Puri Cause of Death is Cerebral Haemorrhage Arising from Myelodysplastic Syndrome. He worked in Hindi, Telugu, Tamil, Malayalam Movies. Amrish Puri best known for his worked in Negative Role Acting Performance. He was made his on screen debut with the film Prem Pujari (1970) as Jerry. Amrish Puri has been acted more than 200 Movies in different roles. Amrish Puri last seen in 2009 Film Purab Ki Laila Paschim Ka Chila: Hello India (Last Movie).