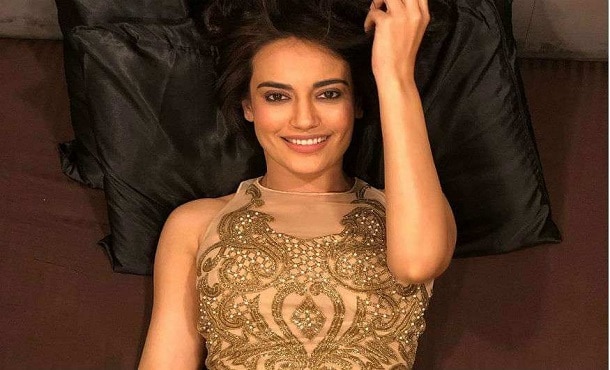 Surbhi Jyoti is an Indian Television Actress as well as Model. She was born on 29 May 1988 in Jalandhar, Punjab, India. Jyoti mainly works in Telugu, Tamil, Hindi Movies, and Hindi Television Serials. She also worked a few Punjabi films before started her career in Tv Industry. Her career has been starting as an RJ, Theatre artist., and debater.  Jyoti was made her screen debut in Hindi Film ‘Ik Kudi Punjab Di’ in 2010 as Gurmeet Kaur and her Television Debut Akiyaan To Door Jayen Na also in the same year. This article will focus on the Surbhi Jyoti Biography that includes her age, family, lifestyle, movies, affairs, advertisements, body measurement, favorite things, etc.

Surbhi Jyoti Father Name Not Known, Rubber Chemicals Business and Her Mother Name Not Known. She has a brother named Sooraj Jyoti, Engineer.  She did the predominantly schooling study at Shiv Jyoti School Jalandhar. That after She completed her graduation degree from Hans Raj Mahila Maha Vidyalaya. Finally, Jyoti completed her Master of Arts in English from Apeejay College of Fine Arts, Jalandhar, Punjab. According to sources, if Surbhi was not an actress then she would have been a Teacher. She is unmarried and her Ex-Boyfriend name is Zorawar Singh was the brother of Punjabi actress Madhurjeet Sarghi. Surbhi Jyoti is Hindu by Religion and her Nationality Indian & Star Sign Gemini. A favourite restaurant of Surbhi is ‘Banana Leaf in Ghatkopar and favourite Destination is Rome, Switzerland, and Paris.