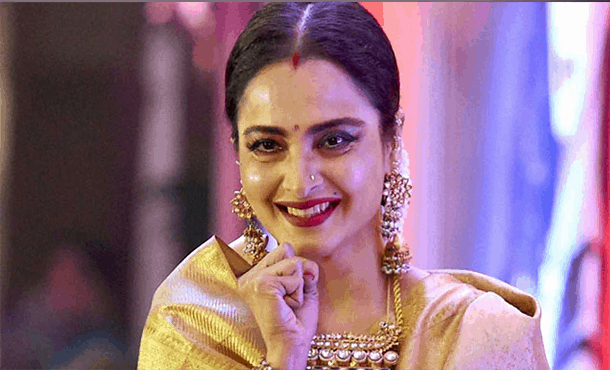 Rekha is an Indian Film Actress and Politician. She was born on 10 October 1954 in Chennai, Tamil Nadu, India. Rekha works in Hindi, Telugu and Tamil Film Industry. her Real name Bhanurekha Ganesan we know her stage name, Rekha. She is very popular and commercial successful Bollywood Actress. Rekha has worked more than 180 Movies during 40 Years. She received three Filmfare Awards, Two Best Actress and won Best Supporting Actress. Rekha Net Worth US$30 million.

She was made her screen debut as child artist in Telugu Film Rangular Ratnam (1966) and her lead role debut film Sawan Bhadon. Rekha is very popular and commercial successful Highest-paid Bollywood Celebrities. in 2010, Rekha honored by Padma Shri by the Government of India.