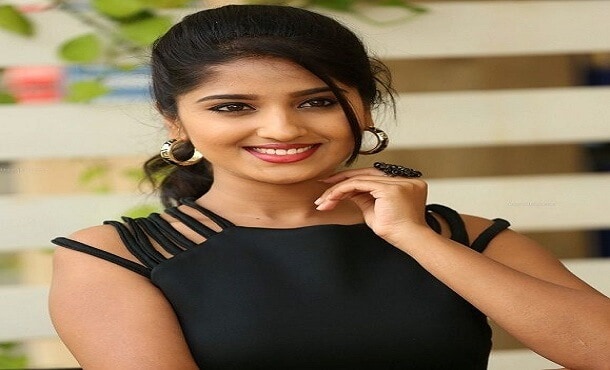 Meghana Lokesh was born on 16 August 1994 In Mysore, Karnataka, India. She is an Indian film, television actress, model from Mysore, Karnataka. Although She mainly acts in Telugu, Kannada television series. She was best known for the serial Sasirekha Parinayam as Sasi B. Tech. which premiered on the Star Maa channel. Her Educational Qualification Graduate and Debut Film Name Idi Maa Prema Katha (2017, Telugu). Along with debut Tv Serial Name Sasirekha Parinayam (2013, Hindi). she liked working in a laboratory wearing an apron.

1. She is a south Indian actress who mainly works in Telugu, Kannada TV serials, movies.

2. She has dreamt of seeing herself as a chemistry lecturer during her childhood.

3. Her role of Sashi B.Tech in the Telugu TV serial Sasirekha Parinayam.

4. She has appeared in the Kannada TV serial Purushottama. which she was nominated for Suvarna Pariwar Award.

5. She has also appeared in the Telugu movie Idi Maa Prema Katha alongside Anchor Ravi.

6. Being a chemistry student, she liked working in a laboratory wearing an apron.