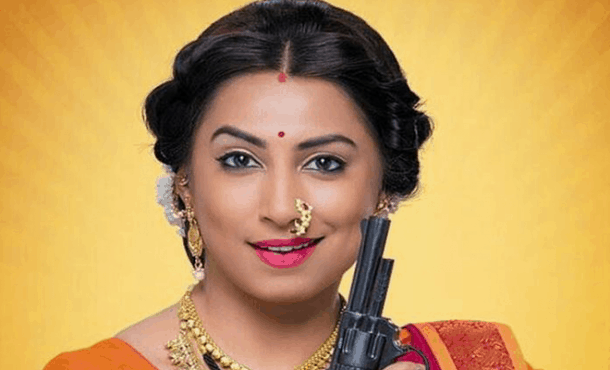 Kranti Redkar is an Indian Film, Tv actress and Director. She was born on 17 August 1982 in Mumbai, Maharashtra, India.  She was made her screen debut in Hindi Film Gangaajal (2003). Also, She was made her screen debut in Marathi Film Soon Asavi Ashi (2000). She rose to fame for the Item Song “Kombdi Palali” in the Marathi movie Jatra. Kranti was more interested in acting from Childhood. In the Age of Only Three year, She played the role of Mother Teresa in her School. She won the Golden Camera Award for the best Director movie Kakkan by NIFF.

Kranti Redkar works in Marathi, Hindi, English Movie and Television Serials. She also works in many TV Serials like “Chittod Ki Rani” and “Simply Sapne”. Kranti has an Excellent Dancer and Performed many Award Functions and Stage Shows. She gains Huge Popularity in People as a role of Mohini in the movie “Majha Navra Tujhi Bayko” in 2006.

Kranti Redkar belongs to Brahmin Family. Her Father and Mother Name had not Known. She has two Sisters. Her Husband Name is Sameer Wankhede. She did her primary education and High Schooling from ‘Cardinal Gracias High School’ and that after completed Graduation from ‘Ramnarain Ruia College’. She had No Boyfriends before marriage.