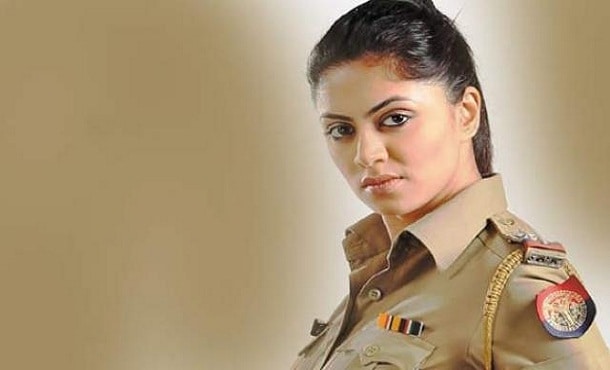 Kavita Kaushik is an Indian Actress as well as Model. She was born on 15 February 1981 in Delhi, India. Kavita is known for her work in Hindi television Series, Bollywood films, Telugu and Punjabi Cinema. She got more fame for SAB TV Serial ‘FIR’ as Chandramukhi Chautala. She also performed in an item number in the remake of the blockbuster film’ Zanjeer’ in 2013. Kavita was made her debut in Punjabi film from the movie ‘Vekh Baraatan Challiyan’ in 2017. This article will focus on the Kavita Kaushik Biography that includes Kavita Kaushik age, family, lifestyle, movies, affairs, advertisements, body measurement, favorite things, etc.

Kavita Kaushik started her acting career in 2001 from the Tv Serial “Kutumb” with Ekta Kapoor. She also started her Bollywood career in 2004 from the movie “Ek Hasina Thi” with Saif Ali Khan’s as his Girlfriend. Kavita is best known for Tv serial F.I.R. as a role of Chandramukhi Chautala on Sab Tv. She worked in many movies including ‘Ek Hasina Thi‘ (2004) like; Zanjeer (2013), Vekh Baraatan Challiyan (2017), Vadhayiyyan Ji Vadhayiyaan (2018), etc.

Kavita Kaushik Father name is Dinesh Chandra Kaushik who is a former CRPF Officer. Her mother name Not Known. Her Brother and sister name also be not known. Kavita did her schooling education from All saint’s college, Nainital, Uttarakhand. That after she completed her graduate degree in Philosophy from Indraprastha College for Women, Delhi. Her net worth is unknown and Salary is 1 Lac per Episode. She got married in 2017 with her old friend Rannit Biswas. Before Marriage, she was dating an actor, model Karan Vipin Grover.