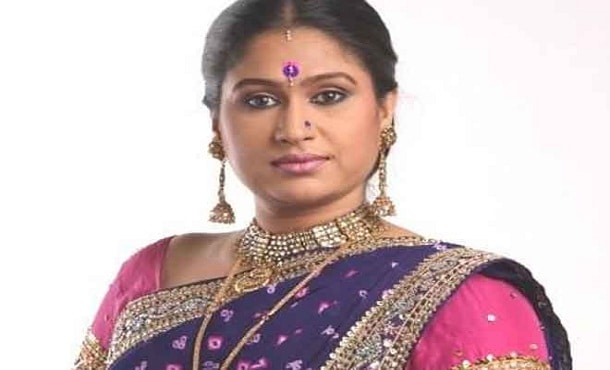 Harshada Khanvilkar is a famous Marathi and Hindi TV Actress. She was born on 2 July 1973. She mainly works in Marathi movies and TV Shows. Harshada was made her debut acting career in 1989 from the Doordarshan Tv Serial “Dard”. if she would not actress then she would have been a Costume Designer. Because she is also interested in costume designing.

Harshada Khanvilkar has worked in many Marathi TV Serials like Puddcha Paaul, Abhalmaya, Kalat Nakalat,  Oon Paus, Gharkul etc. and Marathi Stage Plays like Khel Thoda Vel and Pinjra.  She also worked in the few TV Shows like Dard, All the Best, Commander and Astitva Ek Prem Kahani. She has entered as a wild card in the famous TV Series “Big Boss Marathi“. During College Days she also did a number of Nataks like “Khel Majha” and “Legnachi Bedi”.

Harshada Khanvilkar Age 49 Years Old, Her Height 5 ft 6 in approx. 168 cm and Weight 70 Kg approx. 154 pounds. Her Hair Color Black and Her Eye Color also be Black. Her Star Sign Cancer and her Religion is Hinduism. She has inked a tattoo on her right Bicep.

Harshada Khanvilkar Father not Known but He works as a Bank Manager in Private Bank. Her mother name also not known but she works as a teacher. Her husband is Sanjay Jadhav works as a Film Director. The Couple has two daughters Dhriti Jadhav and Mrunal Jadhav. Mrunal Jadhav is a Child Artist. She has one younger sister Archana Khanvilkar.

Harshada Khanvilkar did her Primary Education from “IES school, Dadar, Mumbai”. She completed her Degree in law from “D.G. Ruparel College of Arts, Science and Commerce Mumbai”. During the college days, Her family friends gave her picture for Magzine’s cover page. After that, she started her career in the acting field in 1989.