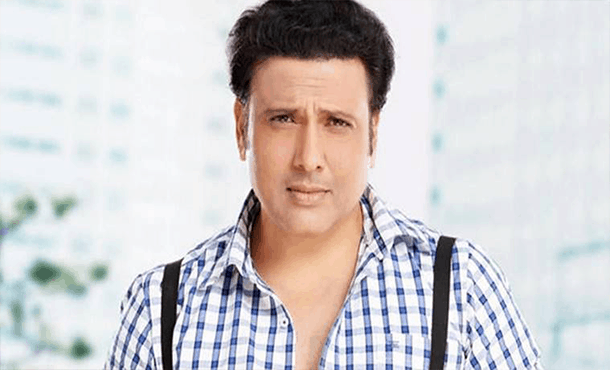 Govinda is an Indian Film Actor, Producer and Politician. He was born on 21 December 1963 in Mumbai, Maharashtra, India. His Real Name Govind Arun Kumar Ahuja we commonly known as Govinda. He is very talented and Most popular Actor and Politician. Govinda works in Bollywood Film Industry. He is best known for his worked in Comedy and Romantic Acting performance. Govinda Net Worth US$25 million and Salary 2-3 Crore Rupees per film.

Govinda has received Many Awards including a Filmfare Special Award, a Filmfare Award for Best Comedian and four Zee Cine Awards. Govinda was the Member of Parliament of India from 2004 to 2009. He is elected the Seventh Member of Parliament for the Mumbai North Constituency of Maharashtra in the 14th Lok Sabha Election in 2004, defeating Ram Naik of the Bharatiya Janata party.

Govinda was born in Vihar, Maharashtra, India on 21 December 1963. His Father Arun Kumar Ahuja, Actor and His mother Nirmala Ahuja. He has a brother named Kirti Kumar, actor and a sister named Kamini Khanna, Writer. Actor Krishna Abhishek is his Nephew and Actress Aarthi Singh is Govinda’s Niece.

Govinda Married to Sunita Ahuja in 11 March 1987. The couple have ason named Yashvardhan Ahuja and a daughter named Tina Ahuja. Govinda had affairs with Actress Neelam Kothari, Rani Mukerji. He is Hindu by Religion, Nationality Indian and Star Sign Sagittarius.