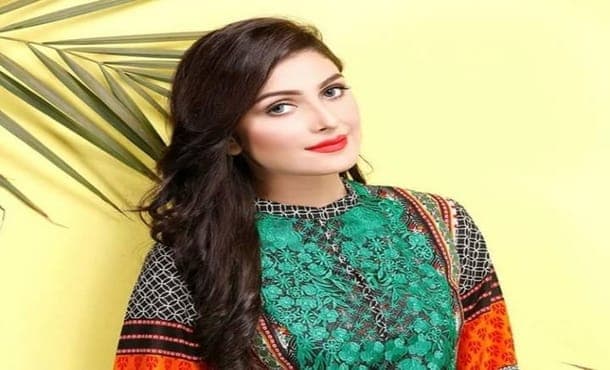 Ayeza Khan is a Pakistani television actress as well as model. She was born on 15 January 1991 in Karachi, Pakistan. Ayeza started her showbiz career as an actress in 2009 when she was only 18 years old. She was made her debut Tv series with a supporting role in the romance ‘Tum Jo Miley‘ on Hum TV. After performing as supporting roles in many television series. This article will focus on the Ayeza Khan Biography that includes Her age, family, movies, body measurement, etc.

Ayeza Khan rose to fame with a role in the Geo TV romantic drama ‘Tootey Huwey Per’ in 2011. Later she established herself as a leading actress of Pakistan with several successful series. In 2014, her performance in social drama Pyarey Afzal earned her critical acclaim as well as the Lux Style Award for Best Actress. She also worked in many Tv series like the drama Aks (2012), the romances Kahi Unkahi (2012), and Adhoori Aurat (2013), the family drama Mere Meherbaan (2014), and the tragic romance Tum Kon Piya (2016).

Ayeza Khan father name is Riza Yilmaz and mother name is Not Known. Her younger sister, Hiba Khan is also working in showbiz as a child artist. She has a younger brother Wasif Khan, Arham Khan and a sister Hiba Khan. Ayeza married to Actor Danish Taimoorin 8 August 2014. The couple blessed with a daughter named, Hoorain Taimoor. Ayeza has done graduation from Newports Institute of Communications and Economics, Karachi.