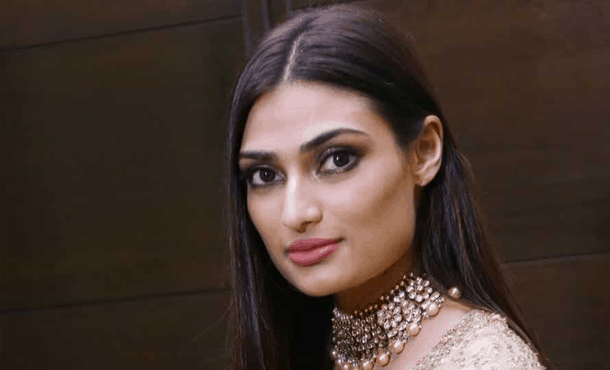 She was made her screen debut with Hindi Film Hero, which won her Filfmare Award nomination for Best Female Debut. Athiya Shetty is going to released her second Hindi Movie Mubarakan in 2017 as Anjali Role. Athiya Shetty is a Daughter of Bollywood Actor Suniel Shetty and actress Mana Shetty.

Athiya Shetty Father Suniel Shetty and her mother Mana Shetty. She has a younger brother Ahan Shetty. Athiya Shetty Completed Graduation in Filmmaking and Liberal Arts from New York Film Academy (NYFA), New York, United States. Athiya Shetty is currently unmarried.She had a boyfriend when she was 18 years old but her relationship didn’t last much.