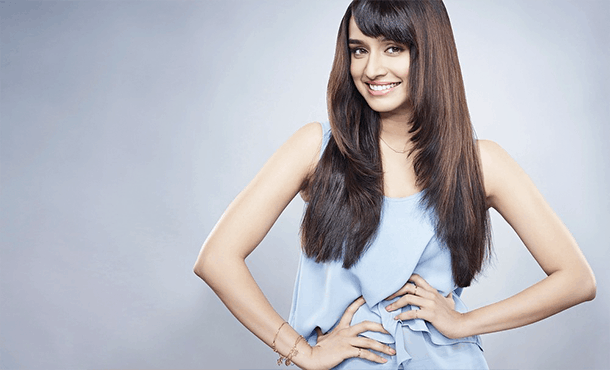 Shraddha Kapoor is an Indian Film Actress, Singer, Lyricist and Designer. She was born on 3 March 1987 in Mumbai, Maharashtra, India. She is Daughter of Actor Shakti Kapoor. Shraddha Kapoor mainly works in Bollywood Film Industry. Shraddha Kapoor was made her screen debut in Hindi Movie Teen Patti (2010).

She has been worked many Popular & commercial successful Movies including Aashiqui 2, Ek Villain, Ungli, ABCD 2, Baaghi, A Flying Jatt, Rock On 2, Ok Jaanu and Half Girlfriend & Haseena: The Queen of Mumbai”. She received Several Awards & Nominations for her acting performance. Shraddha Kapoor is now highest-paid Celebrities of Bollywood. Shraddha Kapoor Net Worth US$3 million and her Salary 4 Crore Rupees Per film. Let’s Read Shilpa Shirodkar  Biography.

Shraddha Kapoor Father Actor Shakti Kapoor and her Mother Shivangi Kolhapuri, an actress. She has a brother named Siddhanth Kapoor, an actor. Shraddha Kapoor had her schooling from American School of Bombay, Mumbai and then attended to Boston University, USA and later she dropped out from there for her acting career. She is unmarried. Shraddha Kapoor is in a relationship with actor Aditya Roy Kapur. She is Hindu by Religion and her Star Sign Pisces & Nationality Indian.